There's a rare breed of albino dolphins in Khanom area that you can't really find from anywhere else. They're pink. PINK! Like every girls princess dreams coming true, riding a pink dolphin! Well we didn't really get to ride them, they are wild and don't bother to please humans.

Like I said they're wild and we sincerely hope they stay that way, even though tourism is rising in Khanom area. So if you go to see the dolphins, don't feed them, let them stay wild and eat what they normally eat. We've heard that many of the dolphins have already died because of what tourists feed them, so much for that fairy tale, eh?

And remember, they're WILD! You migh not see them, but you might as well see them from the shore from some places, for example from the beach near Khanom electricity.
So don't act like this one Swedish group we heard of, they started blaming the boat crew for not seeing the dolphins and demanted them to lure the dolphins out from where ever they were... Funny Swedish people.

We didn't see too many of the pink ones, and the ones that we saw, came just when we already gave up and headed back to the shore. We managed to get few on the video, I hope you can see them well enough. 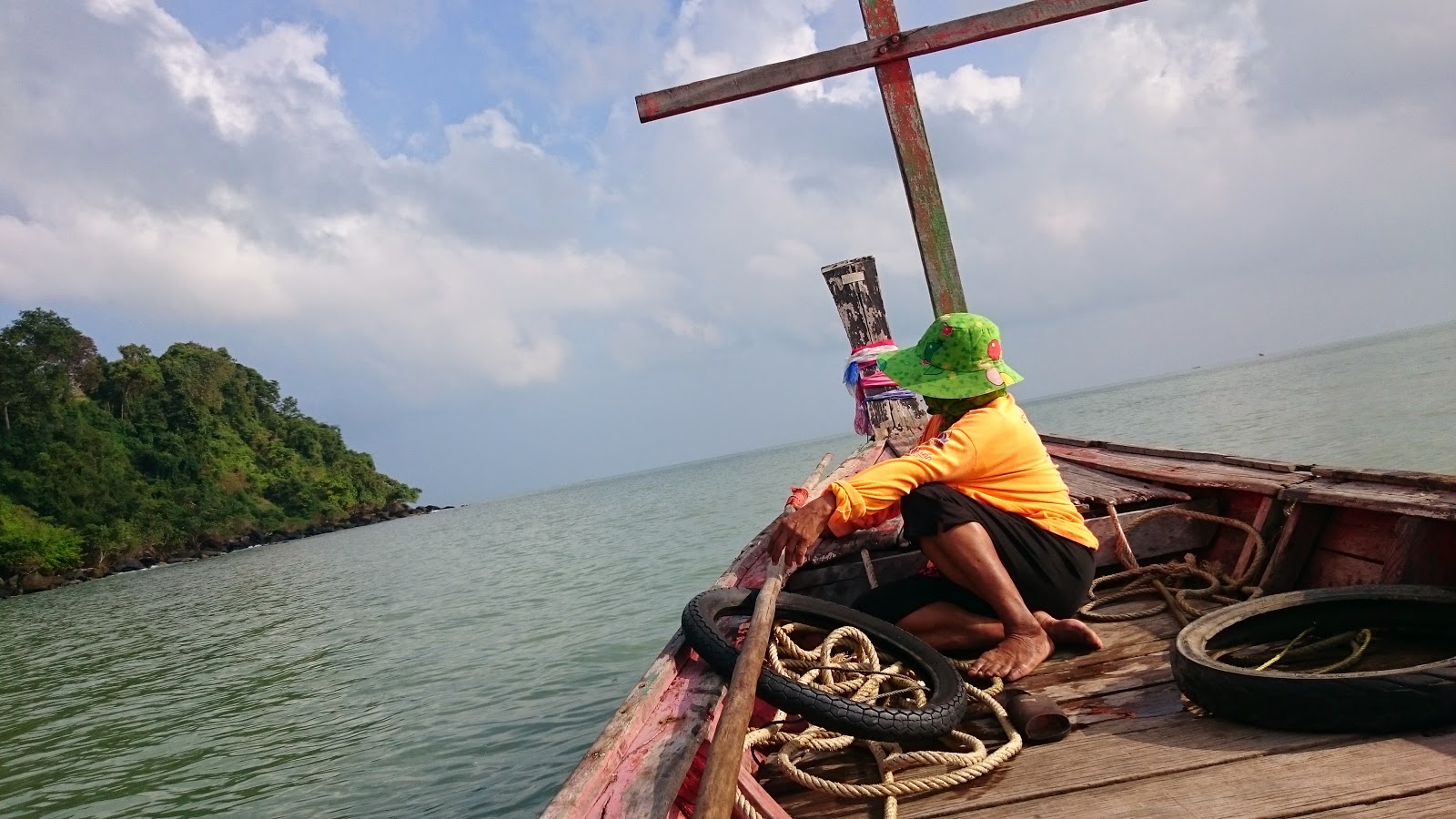 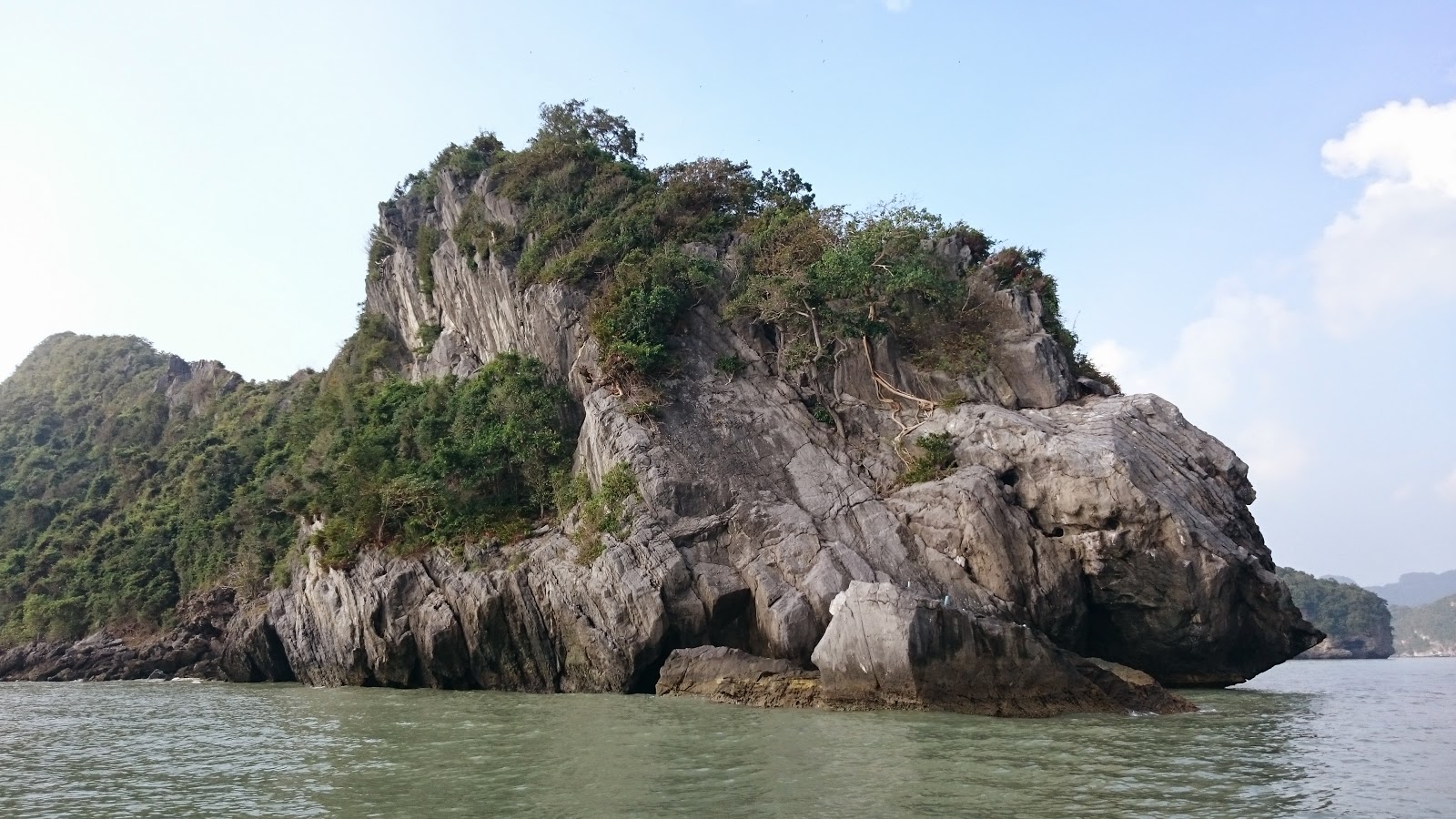 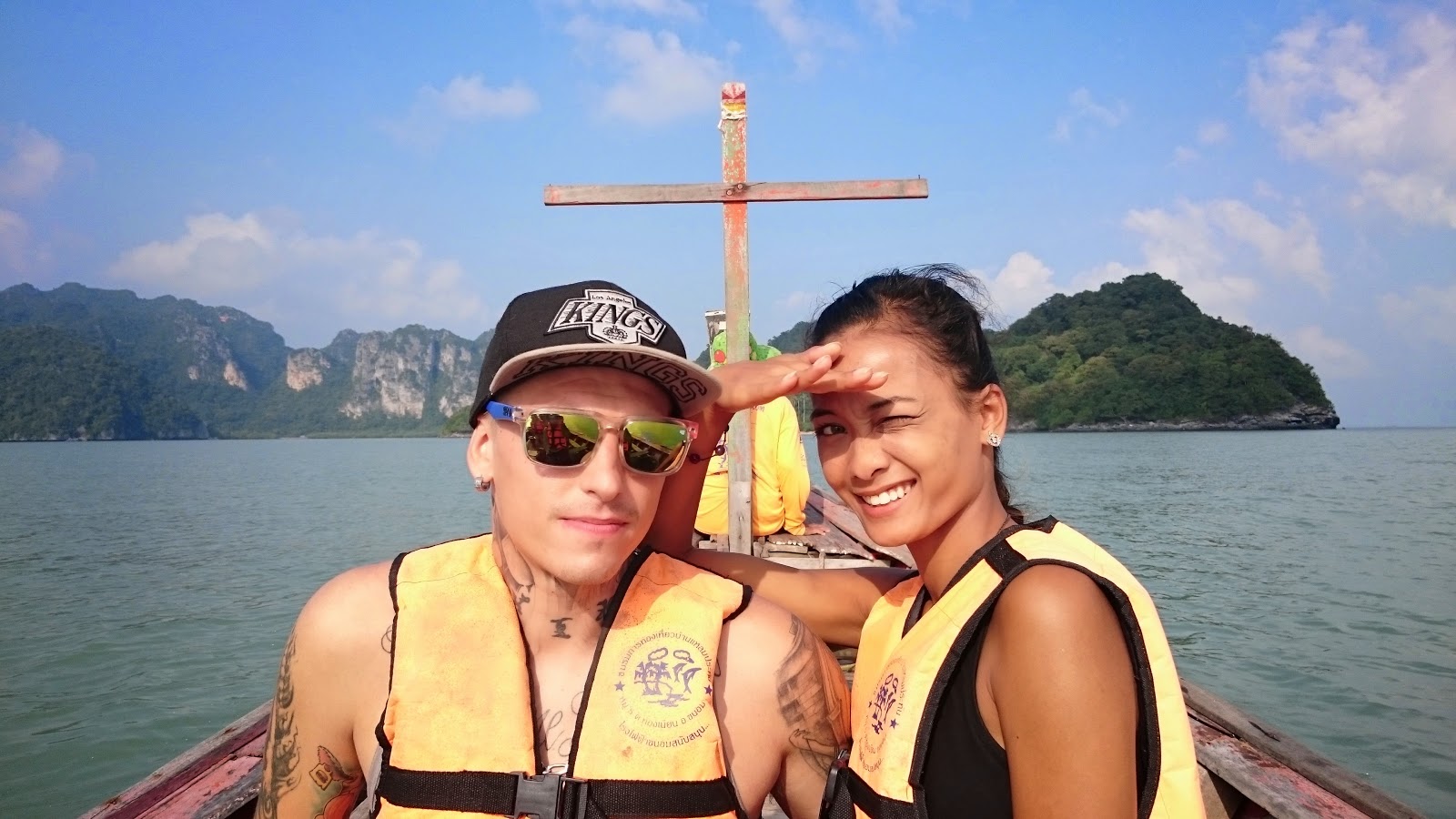 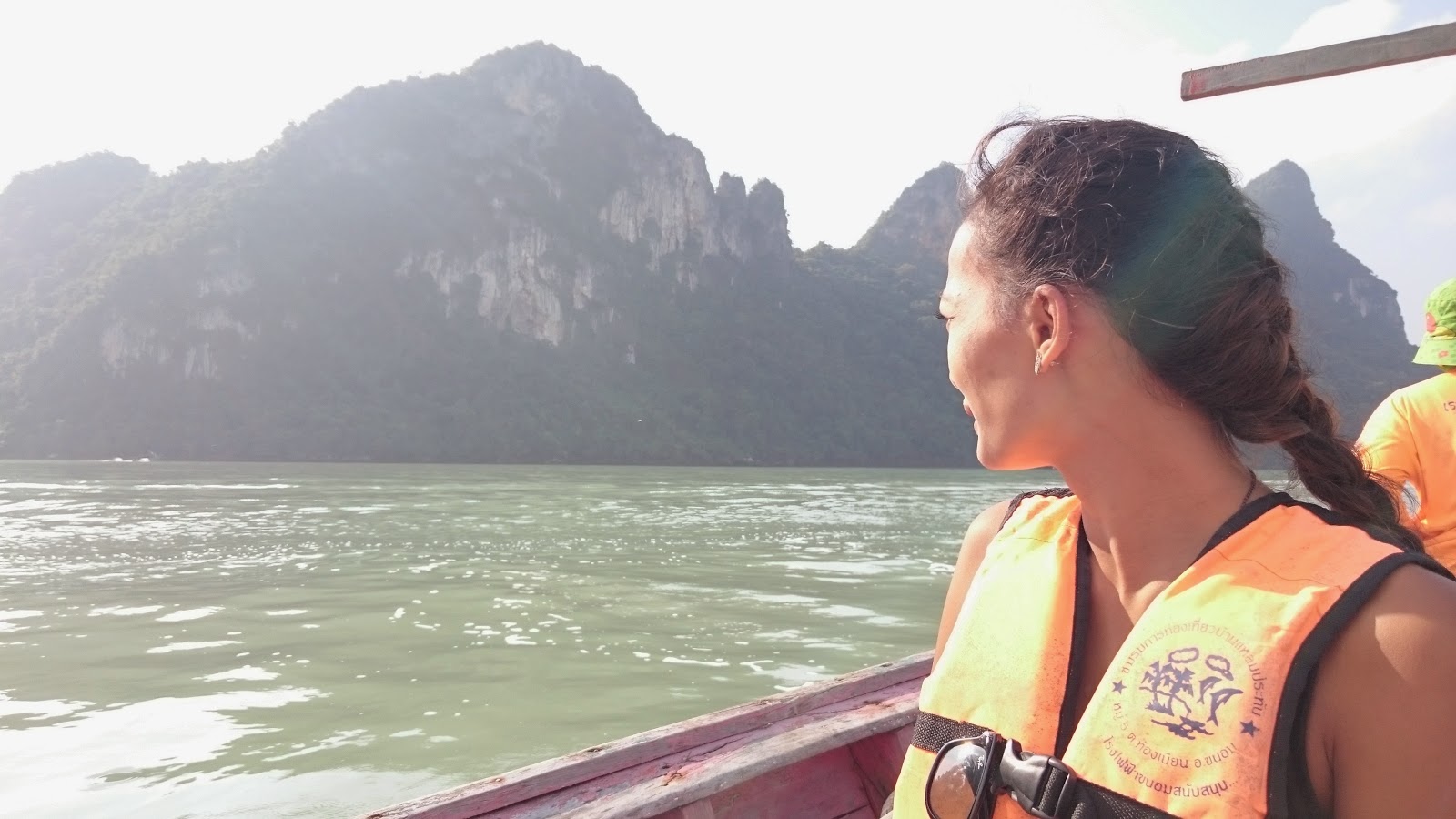 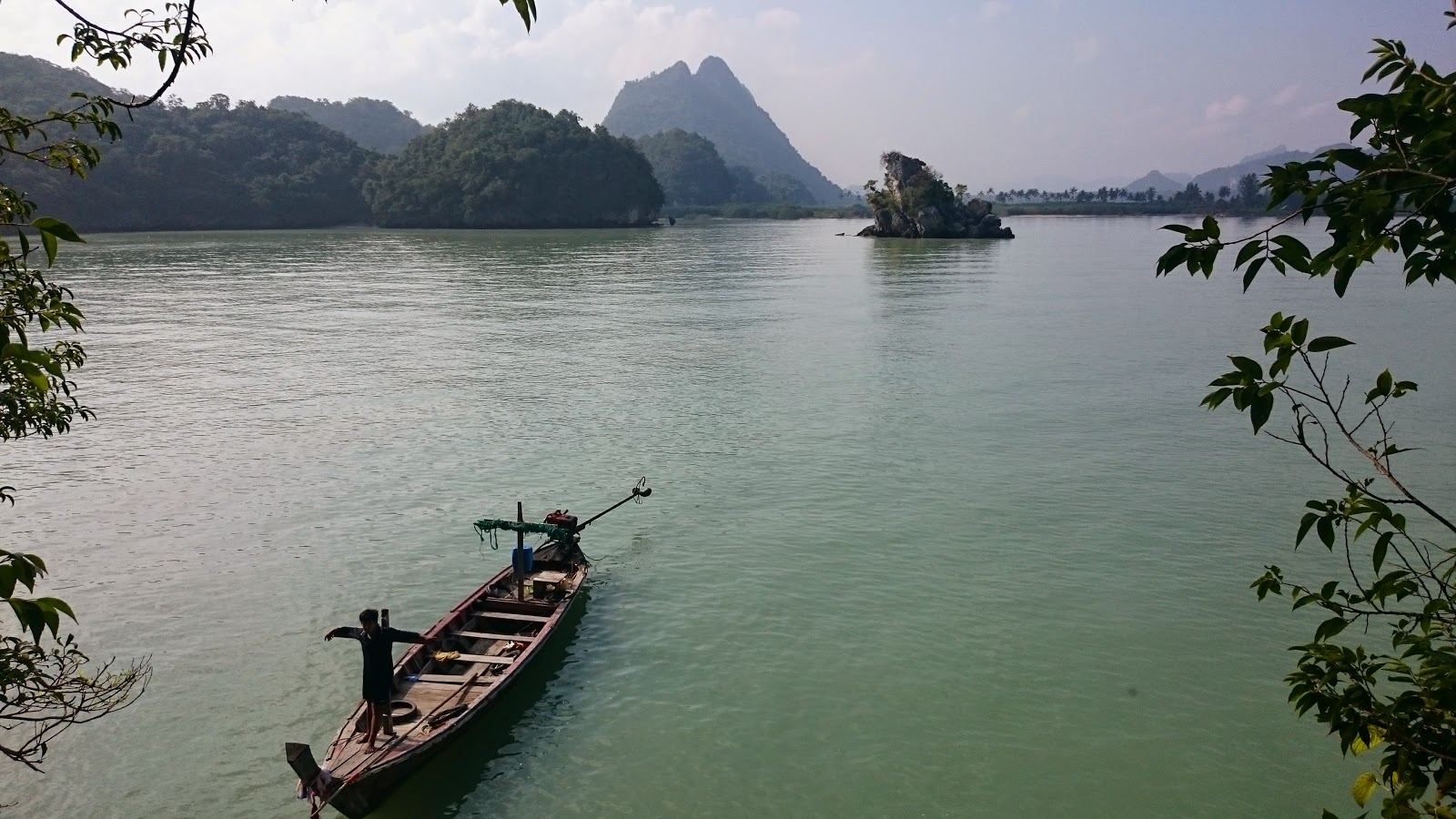 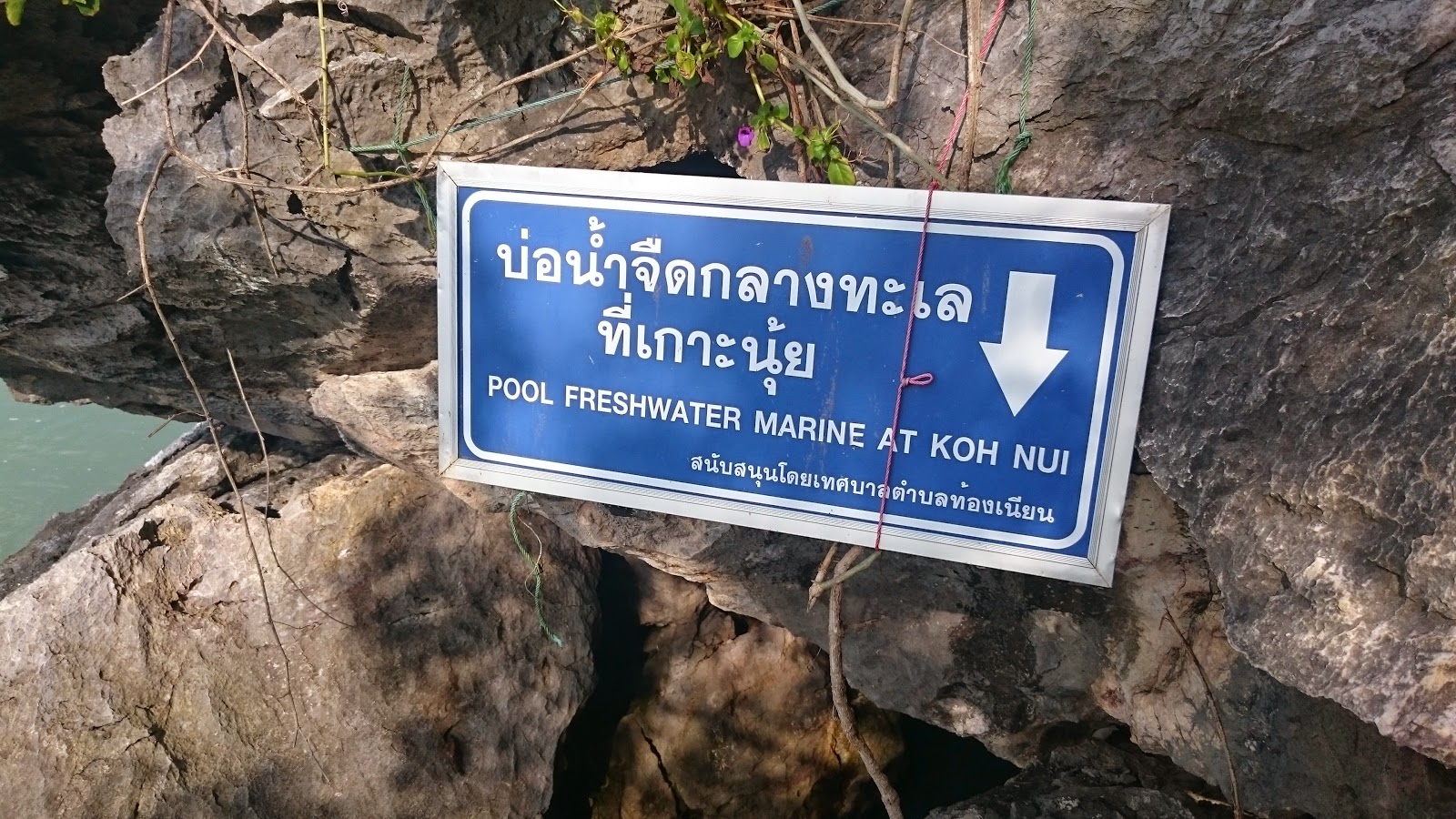 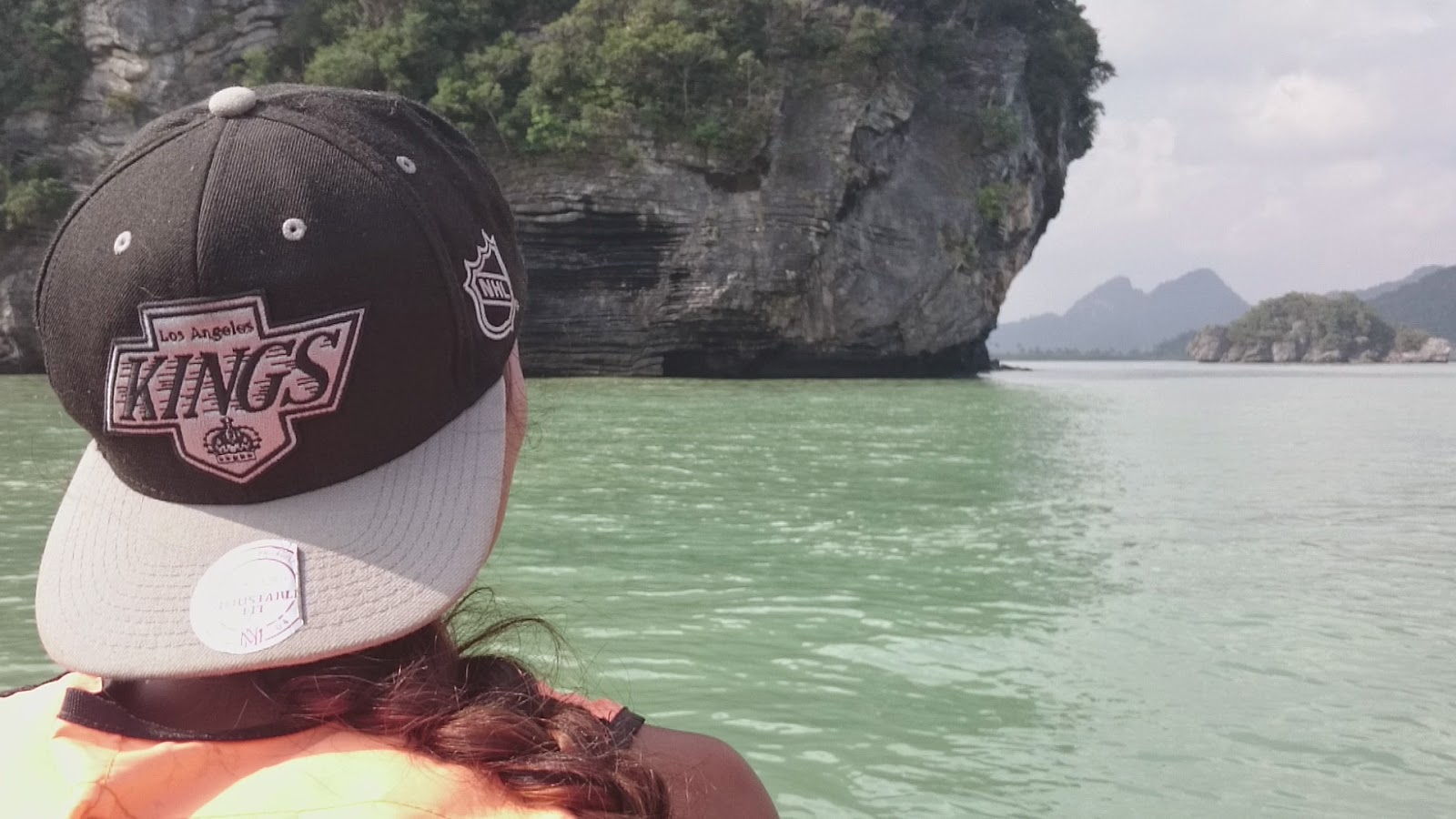 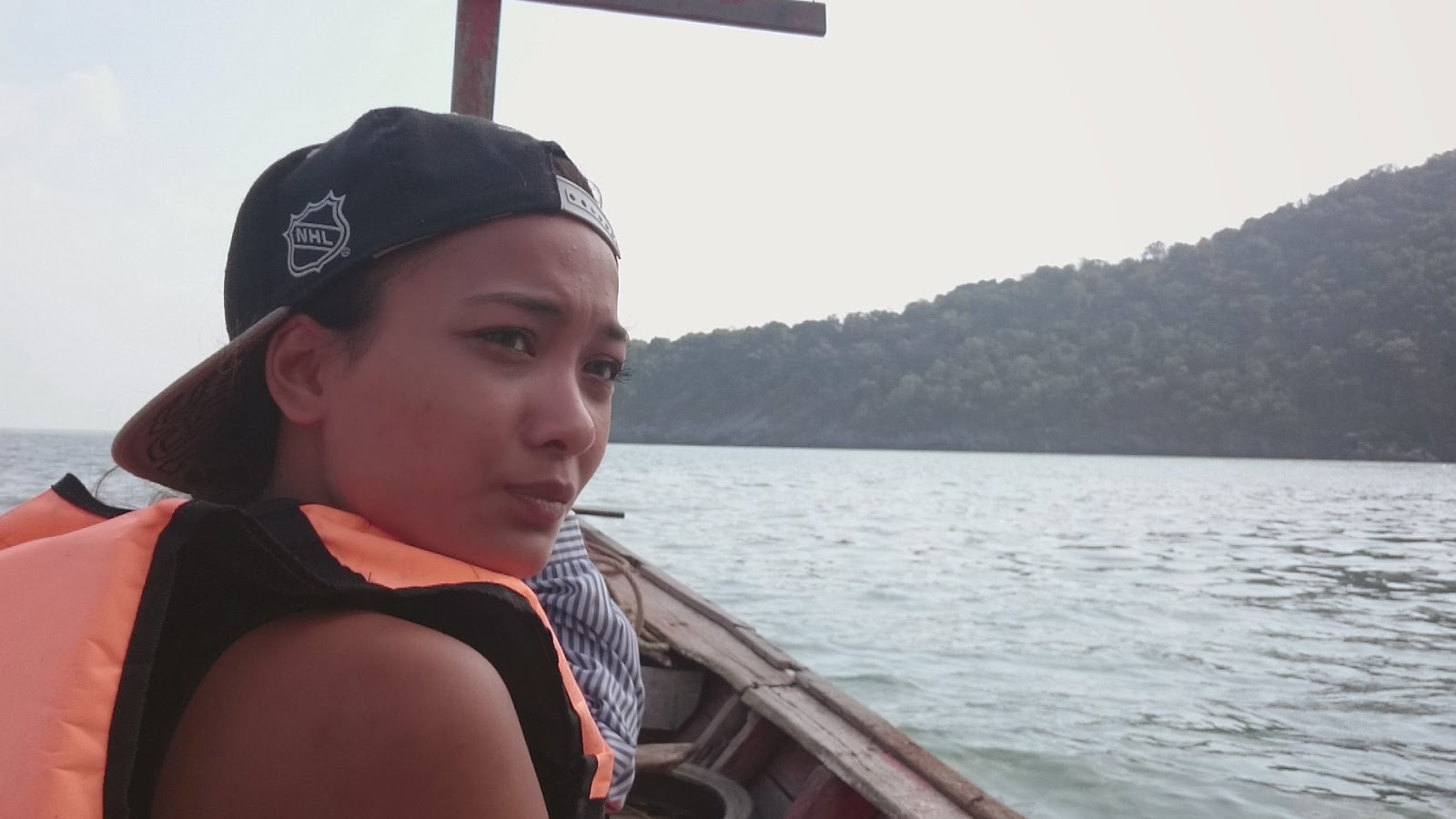 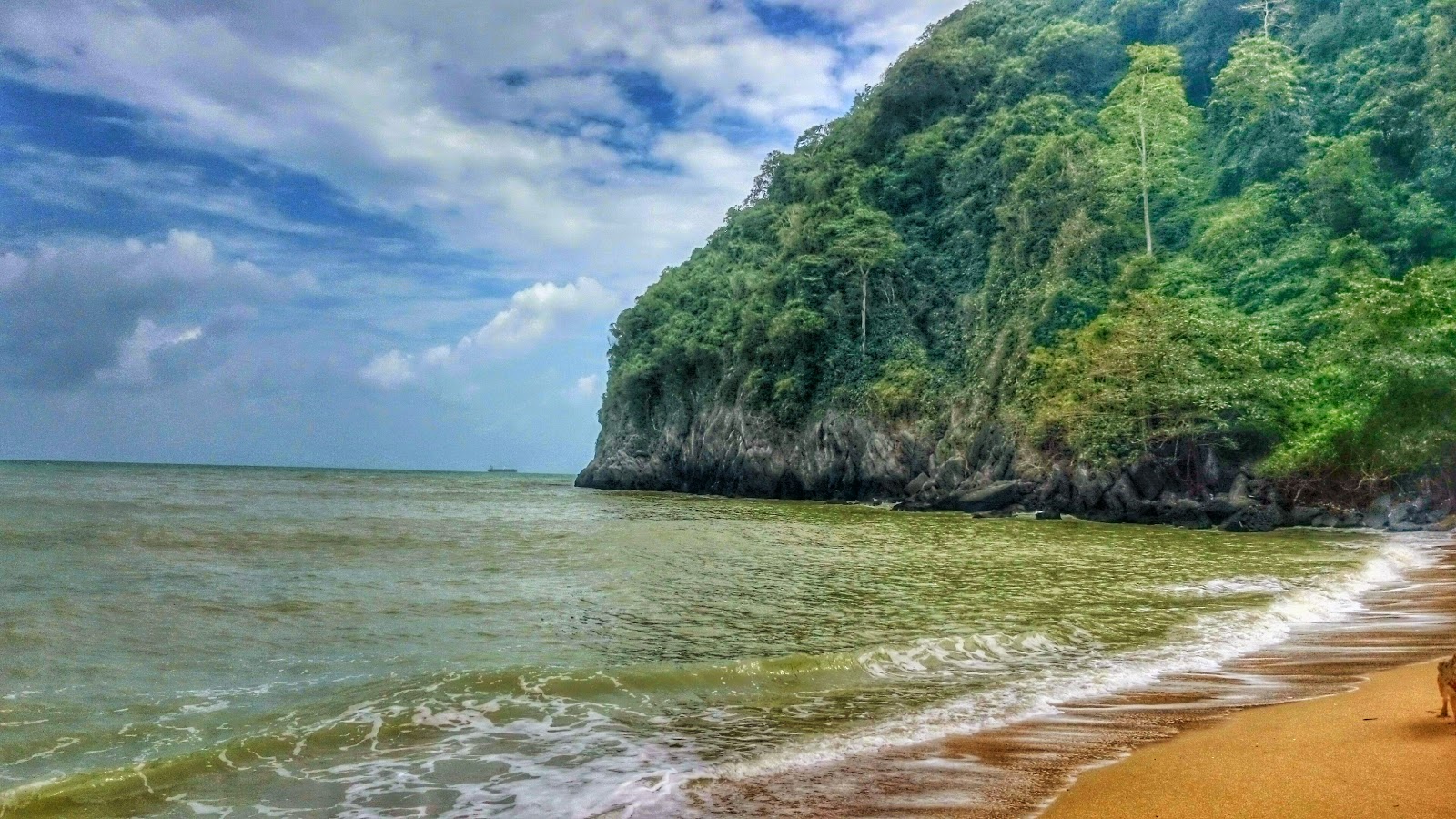 Well worth the climbing.

Today we were invited to go to a secret beach, not far from downtown Khanom. We were told that very few know the beach and even less people have ever visited it. The beach is between two mountains and the only road is unkept dirt road, which don't even take you all the way. When the road ends, you have to hike uphill on a steep boulder soil hill.

We put the harness on Lax and jumped in the back of the pickup. We took a wrong road at first, but the second try took us where we needed to be. We won't tell you the exact location, because it's secret! Just kidding, we don't want to spoil your joy of the search, but with a little research from a map you can figure it out


The dirt road left a sedan behind, luckily we had 4x4 pickup and 4x4 SUV, so we got to the end of the road. After a quick hike uphill through boulder soil, we got to a cliff we had to climb. Even Lax climbed with a little help from the harness, we attached the leach to the harness and pulled her up. At the top of the cliff we left our business card in a ziplockbag to a three branch for others to find. If you come across it, remember to take a picture for us! (We've left these in almost every place we visit)

After reaching the top of the valley we had to descend even steeper boulders, again with a little help from the harness, we got down good. When we reached the beach, we were stunned! So beutiful sandy beach in between two large mountains, totally secluded.

We stroll the beach and take pictures and chilled for a while, before we had to head back. We'll put some pictures for you here, but be sure to check the video at the top of the page, truly worth it!
Enjoy the pictures before you go to the video! 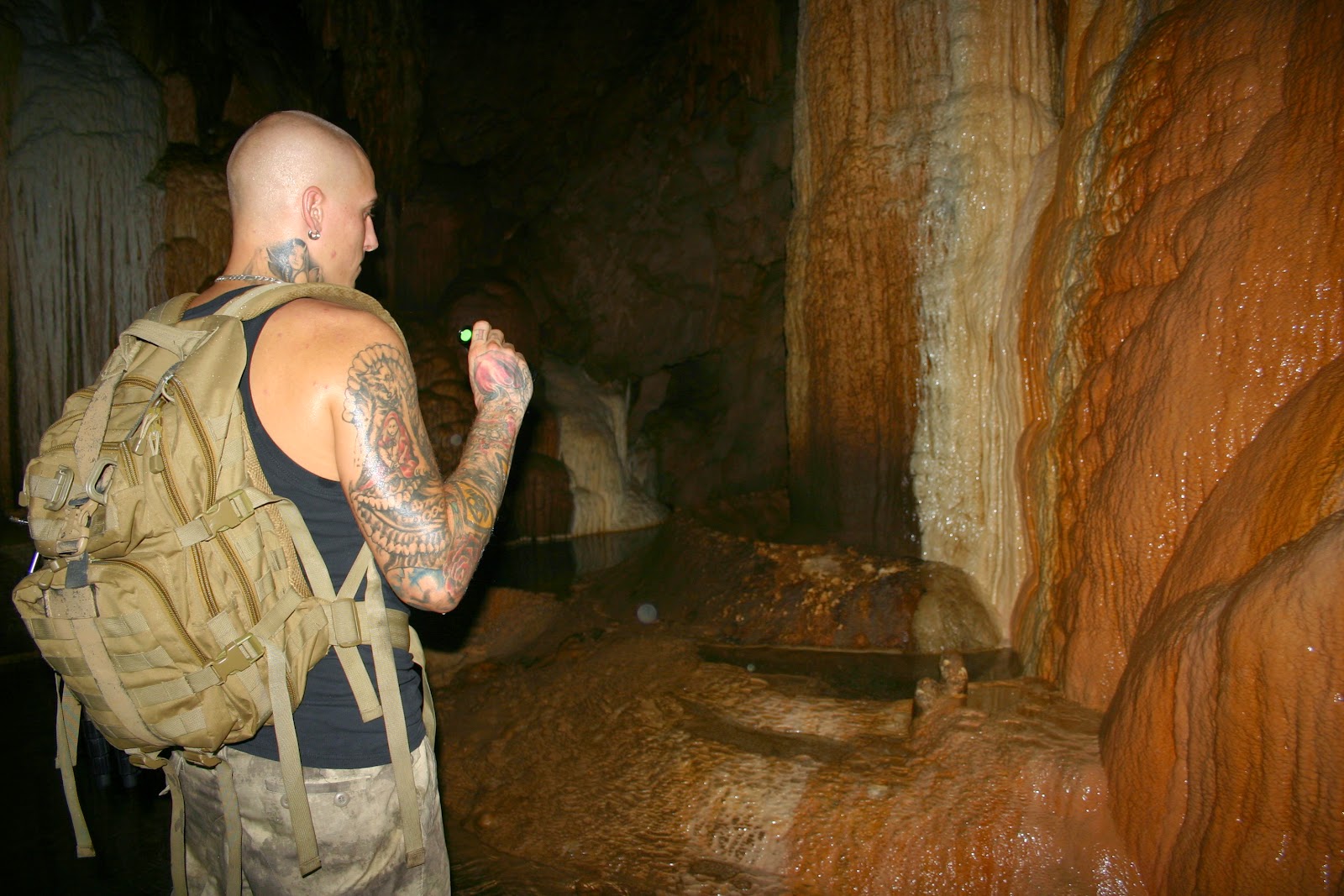 Before our new years eve -party we decided to go see the Khao Wang Thong Cave, not far from where we were staying. Easiest way to find it (from donsak pier), is to drive the road 4142 South East and watch for the signs to the right. The junction is about 14km from Donsak. If you're coming from the South via road 4014, take a turn North to the 4142 road and drive 10km, follow the signs to the left and all the way to the cave. Don't believe Google maps, it puts the cave 15km wrong. (I reported it, we'll see when it is fixed, if ever)

We stopped by the cave a few days earlier with our dog Lax, but unfortunately she wasn't allowed in. We also managed to wet my phone, it was raining like a hell that day. This time we came just the two of us. It was the first sunny day in a while so there were many other people too, mostly Asian tourists.


When we got to the cave entrance we had to wait for a 10 minutes. You're not allowed to go inside the cave by yourself, it's slippery, big and dangerous. The rangers take you in as a group of approximately 10 person. We didn't get to explore the cave like we wanted, just the two of us and no rush, but it was still well worth a visit. The cave is huge with many "rooms" and springs with perfectly clear water.

The walk with the rangers takes about an hour and the cave closes at 5pm, there were no entrance or any other fees, so definately worth a visit if you're around. The cave is the biggest of the area.
It's definately a good idea to wear hiking shoes, the cave can be slippery at some points and it's pretty rugged.

We'll put some pictures here, but you can see most of the pictures in our video (up there^). We kinda smashed our videocam a bit in the cave, so we had to use lots of pictures in the video.
Give it a go! I'd give this attraction 4/5, would get 4,5/5 if they let you explore on your own. 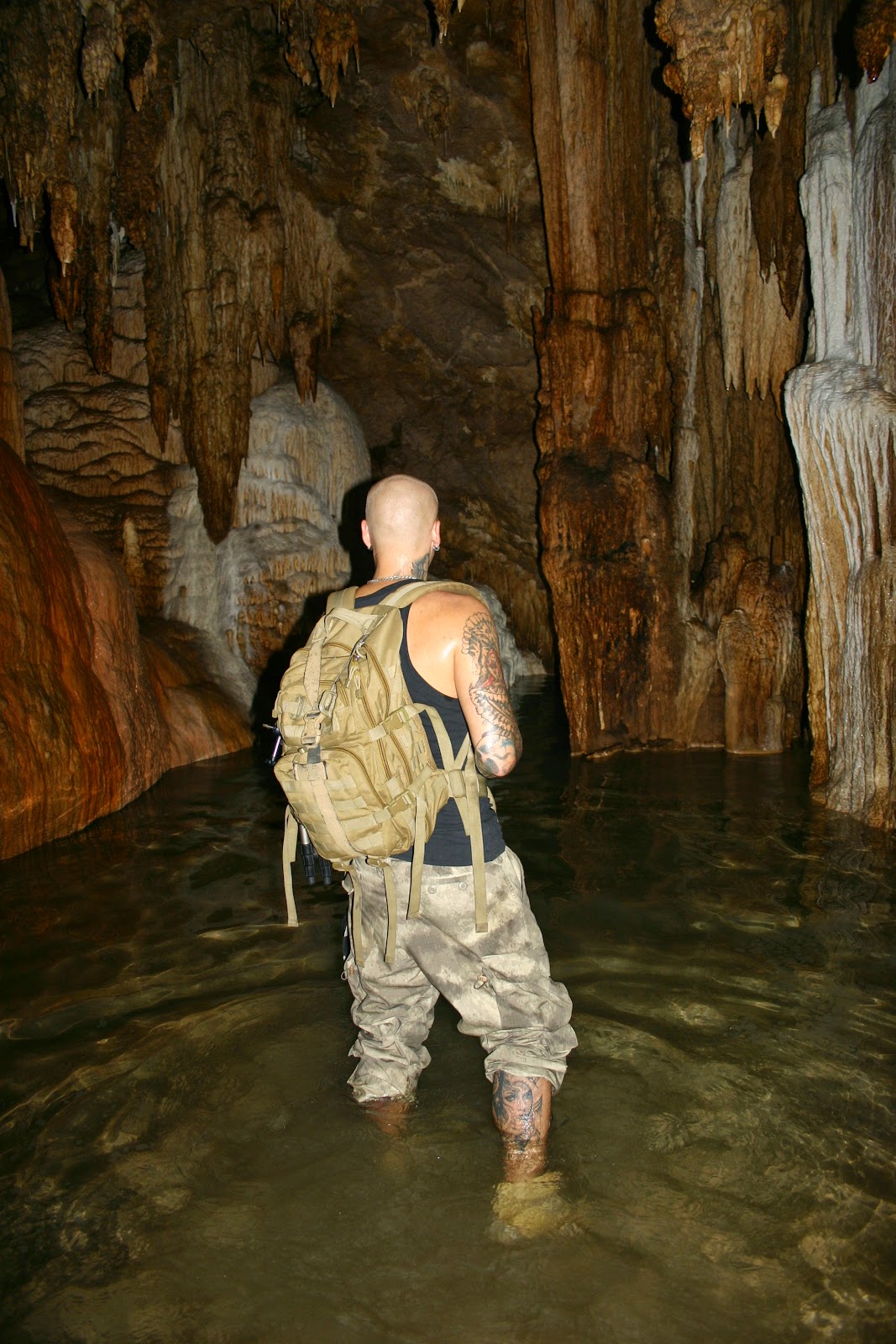 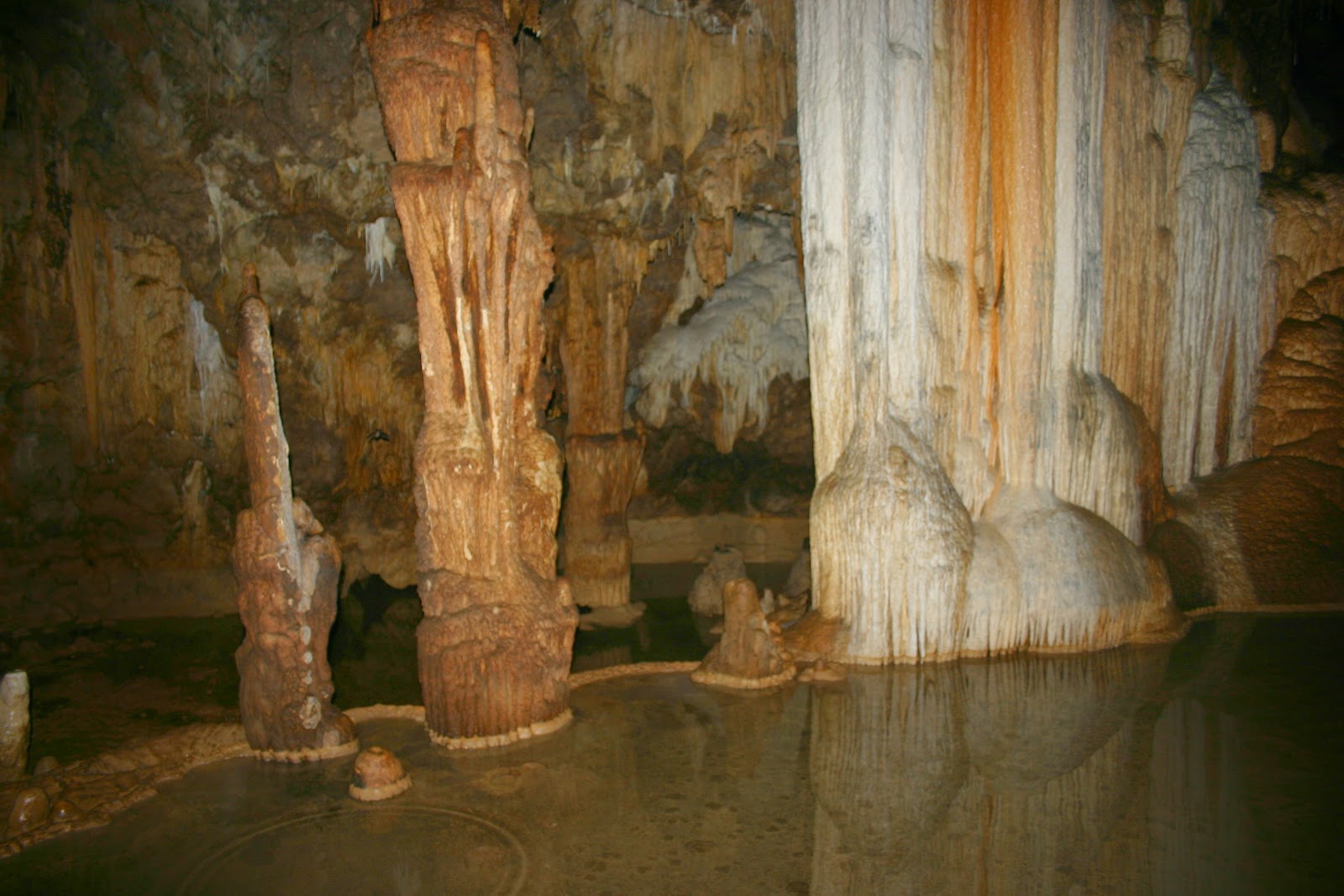 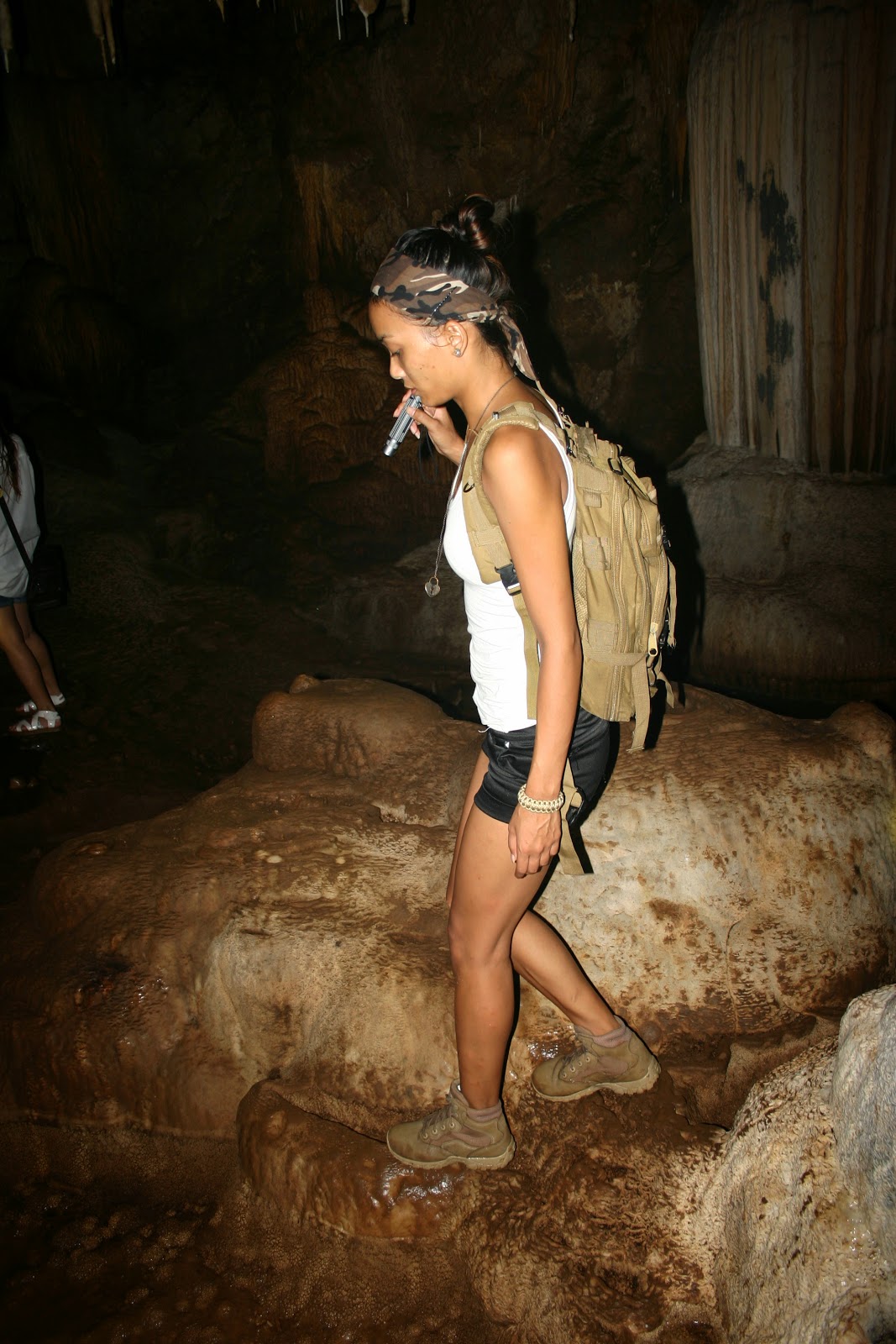 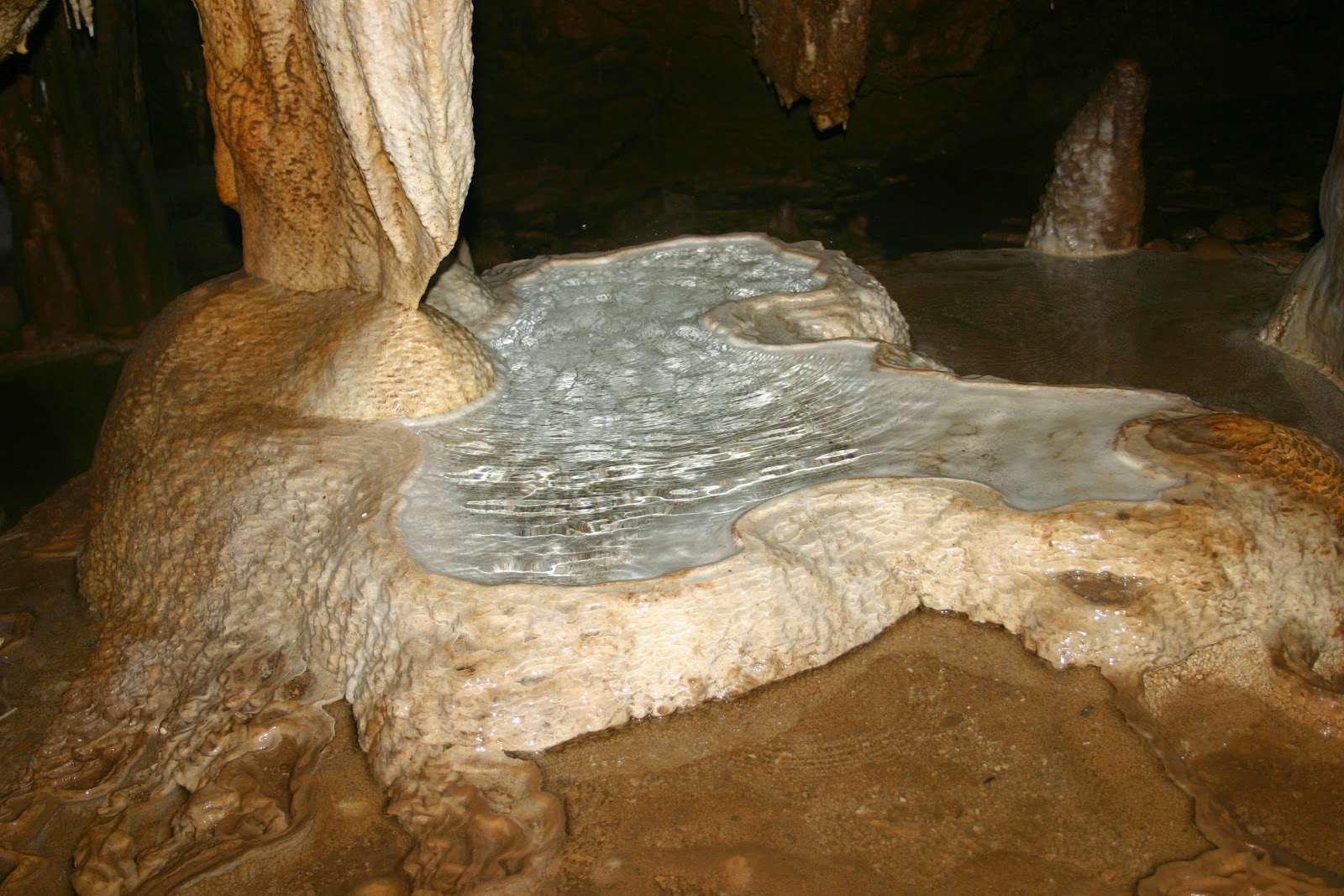 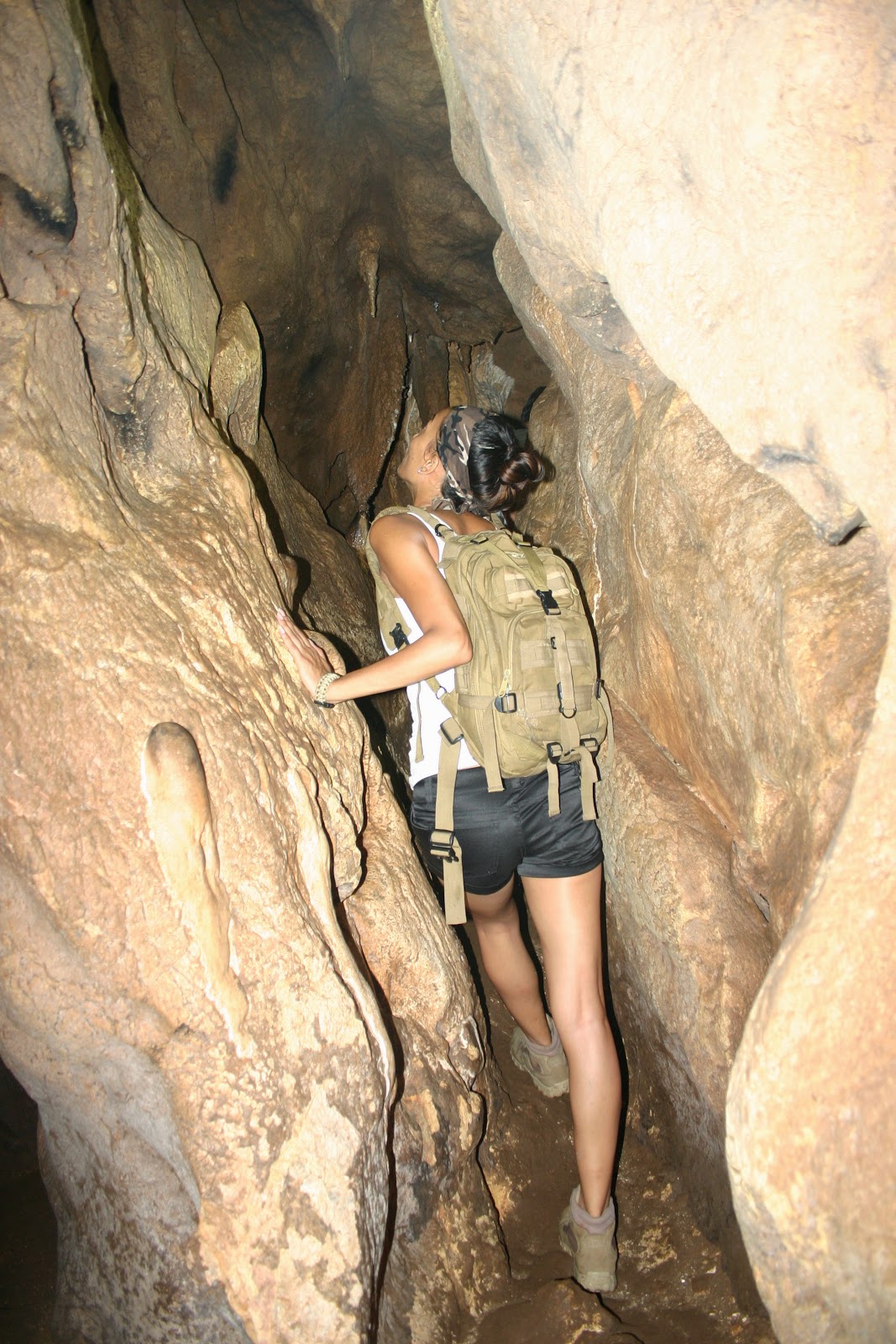 This is us, Tutka and Milla!